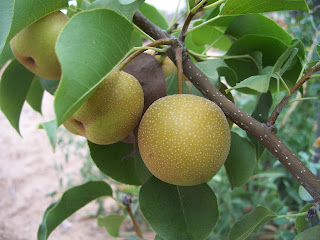 The leaves of Shinko resemble those of both apples and pears. 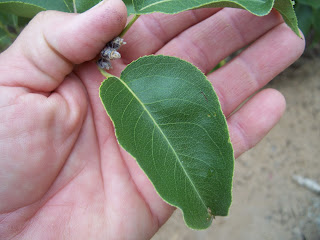 Shinko Asian Pears are rounded and the flesh is firm and crisp like an apple. The taste, distinctly its own, is more pear-like, being sweet and juicy with a hint of grit cells, similar to the European pears.
Shinko Asian Pears will keep until spring in cool storage. Shinko Asian Pears ripen in October depending upon location.


Shinko Asian Pear has some Fire blight resistance which is an important factor in choosing pear trees in New Mexico. Fire blight, caused by the bacterium Erwinia amylovora, a destructive disease of pear trees is found in Valencia County, New Mexico.