November 02, 2020
Biochar is being promoted aggressively as the miracle product for fixing soil, but does it work and if so, how does it work?   And as a carbon product, is it better than our TerraPro?
This is my response to questions concerning Biochar.   There have been many products and many attempts to change the function of the geology of soil including adding substances to the site using products like compost, zeolite, adding a clay slurry to desert sand, Oxidized Lignite (also known as humate or leonardite), and Biochar.
Adding anything to a soil, attempting to change its structure, its bulk density, its water management, or its nutrient value all use either a Mode of Action or a Mechanism of Action.    A Mode of Action is an anatomical change affecting living organisms, while a Mechanism of Action describes changes on a molecular level.   For example, putting compost into the soil provides nutrition to the soil biota, helping to support and possibly grow more biota, providing a Mode of Action.   Putting TerraPro onto a soil contributes subatomic particles and Functional Groups that provide a process of Quantum Physics that will change the arrangement of the soil particles and how those particles articulate with water and ions of nutrition, a Mechanism of Action. 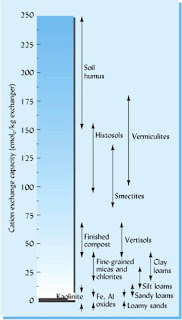